Movie theater chain AMC Entertainment Holdings (NYSE:AMC) made headlines in August when it announced it would start accepting Bitcoin (CRYPTO:BTC) for ticket sales and concessions. Today, AMC is making headlines again by announcing it will also support other cryptocurrencies (collectively referred to as altcoins). Specifically, it plans to support Bitcoin Cash (CRYPTO:BCH), Ethereum (CRYPTO:ETH), and Litecoin (CRYPTO:LTC).

As of noon EDT, AMC stock was only up 2% — quite a mild move for a stock that’s been volatile in 2021. Moreover, these cryptocurrencies weren’t making outsize moves, either. According to CoinDesk, Bitcoin is down less than 1% over the past 24 hours. In addition, Ethereum was up 2.5%, Bitcoin Cash was down 2%, and Litecoin was up 2.4%.

The disparity of these changes signals that the AMC announcement isn’t moving the cryptocurrency market today. But it’s worth taking a closer look at nonetheless.

AMC’s support of cryptocurrency began when it reported financial results for the second quarter of 2021. In the Aug. 9 conference call, CEO Adam Aron announced that “by year end, we will have the information technology systems in place to accept Bitcoin as payment for movie tickets and concessions if purchased online at all of our U.S. theaters.” Today, Aron took to social media to share that the company is now including Bitcoin Cash, Ethereum, and Litecoin in its cryptocurrency plans.

Today’s announcement isn’t a complete surprise considering what else Aron shared in the second-quarter conference call. After announcing it would accept Bitcoin, Aron said, “Since we had to do the IT programming to accept Bitcoin anyway, we are simultaneously writing the code right now to accept Apple Pay and Google Pay.”

By AMC including these popular digital-payment options from Apple and Alphabet (Google’s parent company) along with Bitcoin, it signaled the company was interested in broadly upgrading its payment system. In that light, today’s announcement for Bitcoin Cash, Ethereum, and Litecoin makes sense. 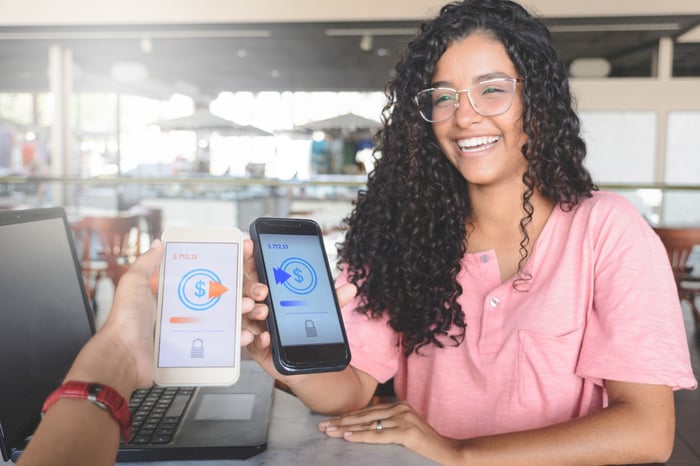 I don’t want to overstate the significance of today’s news. Over a decade ago, someone paid 10,000 bitcoins for two pizzas. Back then they were worth around $40. Today those bitcoins are worth almost $500 million. It’s been a running joke for years, but it is illustrative. Most people view Bitcoin and other cryptocurrencies more as investments, not as methods of payment.

Cryptocurrencies might work as methods of payment in theory. But in practice it’s doubtful whether a significant amount of people would actually buy movie tickets or popcorn from AMC with them.

However, I don’t want to understate the significance of today’s news either. For AMC, it’s facing the reality that movie theaters have been dwindling in importance for years. For a chain like AMC to not just survive but also thrive, it needs to give customers a reason to not sit at home on the couch. To its credit, the company is experimenting with a lot of ideas, like advanced movie screenings and even free popcorn for shareholders.

Perhaps offering cryptocurrencies as methods of payment is just enough to keep AMC in the news and keep movie theaters top of mind with consumers when they’re coming up with Saturday night plans.

Furthermore, for cryptocurrencies, increasing adoption is important to the long-term thesis. Adoption from AMC perhaps adds to this, even if just a little bit. Maybe it doesn’t move the needle on its own. But if more companies like AMC start accepting cryptocurrencies as payment options, perhaps the space can continue growing.

This article represents the opinion of the writer, who may disagree with the “official” recommendation position of a Motley Fool premium advisory service. We’re motley! Questioning an investing thesis — even one of our own — helps us all think critically about investing and make decisions that help us become smarter, happier, and richer.